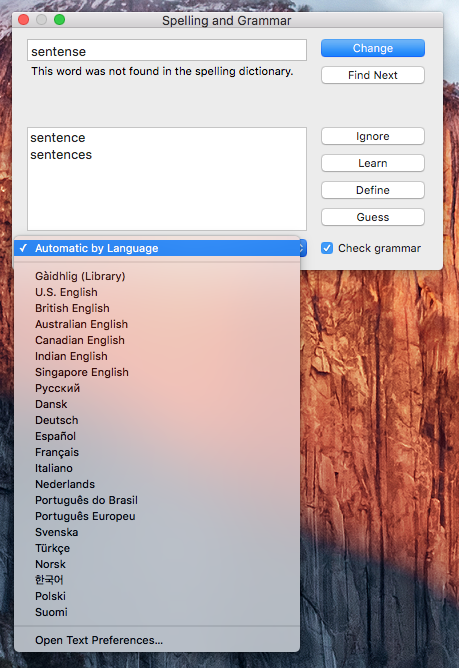 OS X supports many languages, and you can change the language if “Automatic” doesn’t work as expected

If your version of OS X lacks a dictionary for Greek or another iA Writer-supported language, you can install one via the following steps:

iA Writer Newsletter. Subscribe for updates, announcements, and tips from the iA Writer product team. No more than one mail per month.