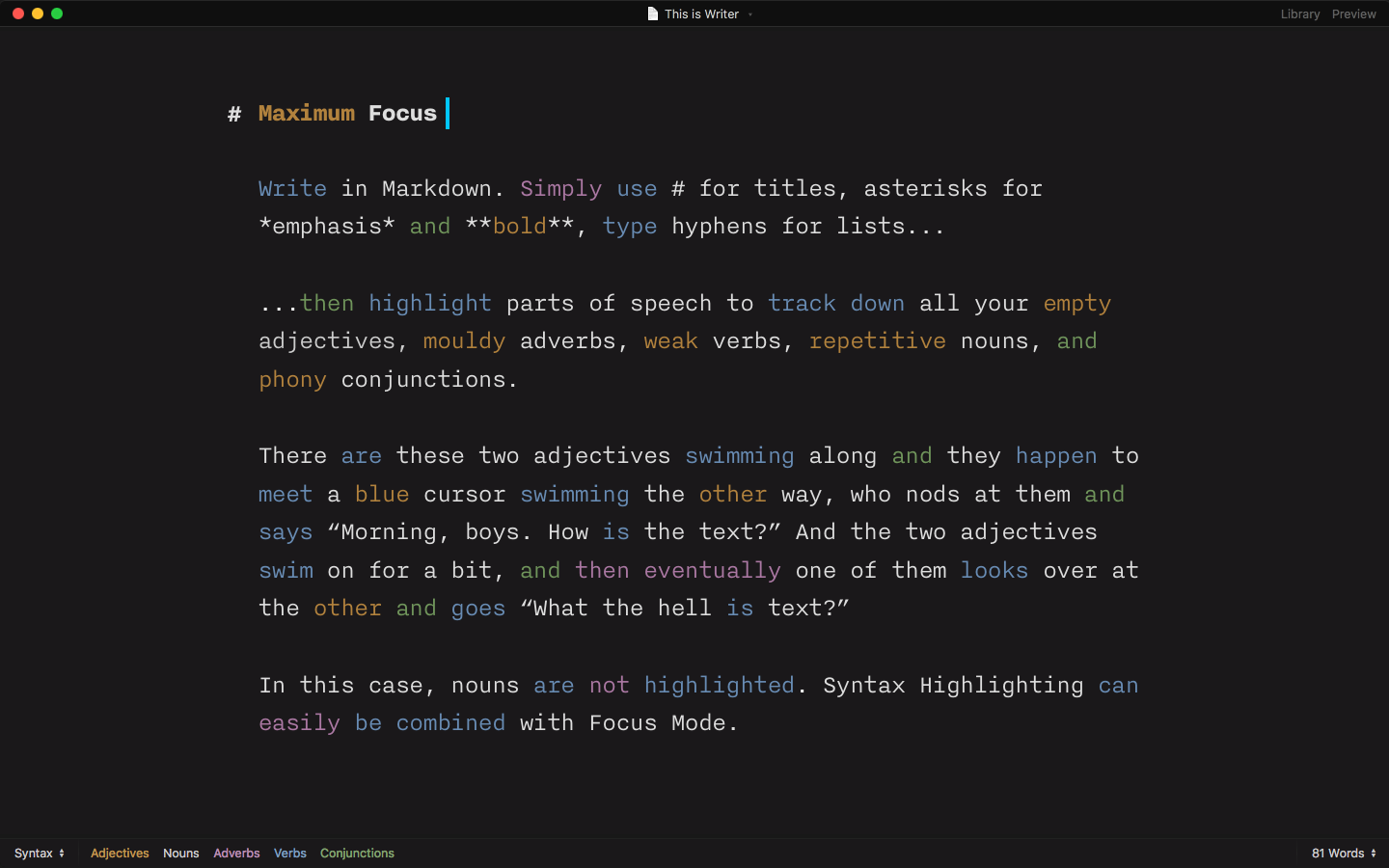 In 2013, iA Writer introduced Syntax Control: syntactic highlighting as an editing feature. We kept it minimal: only one part of speech at a time, in blue. With version 3.1, iA Writer breaks out of its minimalist straitjacket. Syntax Control now highlights parts of speech in blue, yellow, orange, purple and green. She’s a rainbow.

She shoots her colors all around
Like a sunset going down
Have you seen a lady fairer?

It seems obvious to offer the same function in word processors, but as obvious as it seems, it had not been done in this form. So where is the benefit in natural language syntax highlighting?

This feature alone adds great value to an already great app, but we’re not done yet. To a lot of our fans this next addition might come as an even bigger shock: Not only have we introduced colors and icons, iA Writer now has Settings! 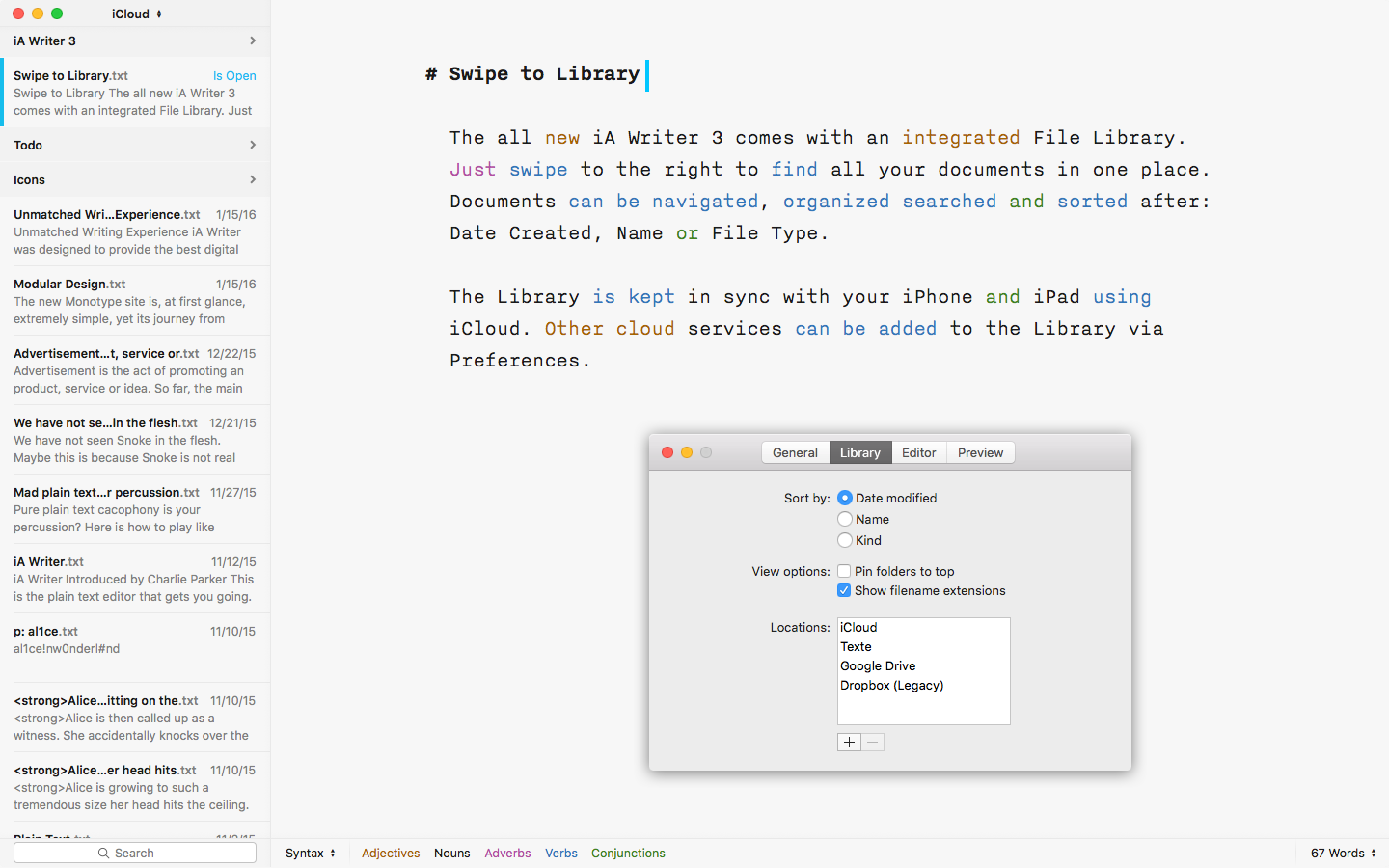 The settings in iA Writer for Mac allow you to add local document folders to the Library, and configure Sorting Options, Swipe, Grammar, Spelling, Substitutions, Preview, and Toolbar behavior. We have also added Medium integration on both Mac and iOS. Last but not least, we have started to localize both apps, beginning with our native languages German and Japanese.

We hope that you will love this release as much as we do, and we’re looking forward to hearing what you think. Vielen Dank und どうぞよろしくお願いします.