Blog comments have an innate communication problem: You can’t discuss and moderate the discussion at the same time.

Moderating blog comments I often feel like being pushed in the role of the understanding father that needs to calm down his rebellious teenage son. Blog comments are useful to evaluate how popular an article is and to get a general idea of what others might think. Intellectually they’re often really dubious. If the Internet were a Japanese game hall blog comments are the adult game section. 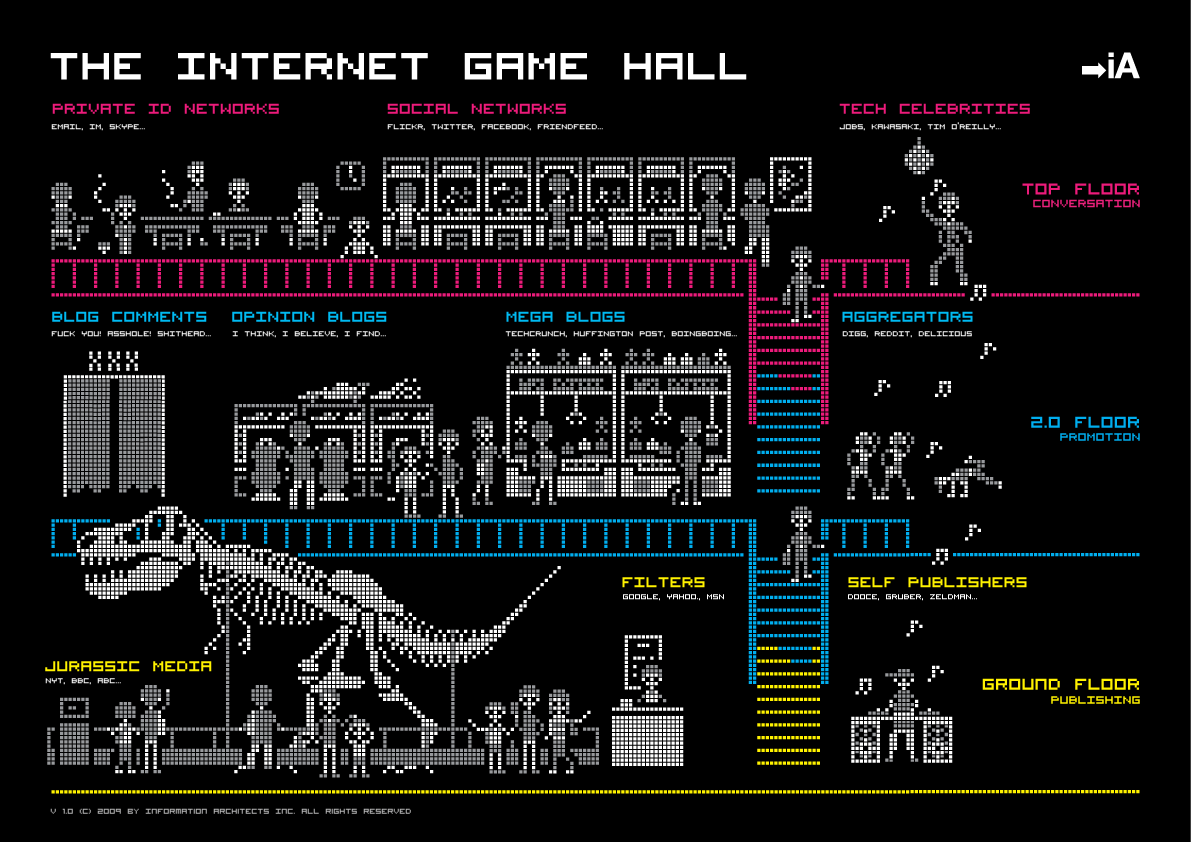 Okay, enough with the dissing. Here is what I plan to do:

If the Internet were a Japanese game hall, Twitter is Pachinko.

coldheat: Outsourcing valuable content (even crappy comments) is a bad choice and reading decentralized comments is a horrible experience so far.

stephenallred: I agree with your stance on blog comments, and I tend to ignore them on blogs I read as a result.

designworkplan I dont agree to loose the comments on a blog post and move it to twitter, because of several reasons, 1: 140 characters is just not enough 2: I cannot keep track of all twitter comments related to the blog post, although the way WLT handles the comments is not a bad opt 3: only the visitors within the twitter network will be able to respond to the blog post, making it limited.

gridinoc: It would be simpler if Twitter would use trackback every time you link to a blog post. with you lose the identity of the commenters (being outside twitter).

david_bauer: Agree with your shot at comments. Two additions: 1. Allow trackbacks for people have more to respond than just 140 characters. 2. Allow a way to repond for people who have something to say, but neither use Twitter nor have their own blog.

gridinoc wouldn’t that require a hashtag per blog post?