The Age of Digital Baroque

After all, blogging is over now, isn’t it? Very probably so.

Whether you’re nice, smart, wise, silly, a guy, a girl, a dude, a chick, a man, a woman, a lady, or a gentleman, writing is not a social act. It is an embarrassingly pathetic narcissistic monkey business. Especially if you earn your living with it. Socrates, never wrote a line. Online publishers like me, you, and Scobleizer are the most narcissistic smoothies we can imagine, very much like people that hire detectives to watch themselves, or rappers (Rap is as dead as blogging, by the way).

The claim that you write only for the sake of writing, or that traffic doesn’t matter, or that you do it because you’re such a good person, or that your writing will save the world is nothing but sorry-ass, self-betrayal techniques. Writing is as vain as it gets. And if you don’t publish your stuff, it doesn’t mean that you’re wise—it means that your writing isn’t good enough to fool yourself.

To lower “publishing insecurity” we now have Facebook, Twitter, Friendfeed and Co. that gladly exponentiate our bombastic naught. Repeating and re-Tweeting the same meaningless word ornaments on Twitter, Facebook, and Friendfeed, we have entered the Age of Digital Baroque.

By publishing your random gags on Twitter, you can easily grab a hundred followers. Ones that will follow everything you do; no matter how banal. How you drink coffee. How you get on a plane. How you report on a round cloud in the sky. How you get off a plane and have another boring cup of boring coffee… Why think and write and struggle in elaboration and defense of an argument when you can easily satisfy your vanity by hacking out 140 ornamented strokes of boredom?

I read months ago that blogs are dying. A big American journalist said so. He said he used to like blogs, but he stopped reading them because the good bloggers had said everything they had to say, and he didn’t like to listen to people that just repeat themselves. Just a journalist, I thought. Checking my mailing list subscribers, I see that he has unsubscribed. Just a journalist? 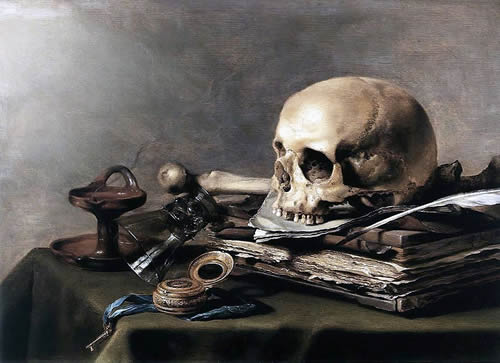